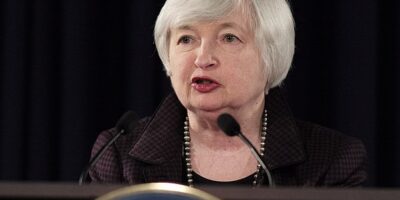 The United States Department of Justice has announced it has charged 57 people with stealing more than $175 Million from the Paycheck Protection Program – the United States’ Coronavirus aid package for small businesses.

Brian C. Rabbitt, acting head of the department’s criminal division stated that some cases involved “individuals or small groups, acting on their own, who lied about having legitimate businesses or who claimed that they needed PPP money for things like paying workers or paying bills, but instead used it to buy splashy luxury items for themselves”.

He added that the department will now be focusing on coordinated criminal rings that are alleged to have scammed large amounts from the program. Mr Rabbitt states that in the 57 cases they were investigating, the loan request amount ranged from $30,000 to $24 Million and were seen countrywide, according to The New York Times.

The government aid programme was initiated in March in an effort to quell the economic disaster caused by the Covid-19 pandemic. It was instigated by the federal governments to prevent additional job losses and provided small businesses with funds to continue paying their employees and other expenses.

This probe comes amid ongoing investigations into fraud of pandemic payments, with DOJ officials charging seven individuals who are accused of laundering hundreds of thousands of dollars, and another investigation where suspects are accused of trying to steal $24 Million in funds as part of a criminal ring.

A total of 5.2 Million loans had been paid out during the scheme, amounting to more than $525 Billion, with officials expecting a number of fraudulent claims to be registered owing to the speed of which the programme was initiated.

There has been widespread criticism of the programme and some of its recipients, with high-profile businesses and organisations such as Kanye West’s fashion brand Yeezy, and the Church of Scientology benefiting from these loans.

Similarly it emerged that the United States’ largest bank, JPMorgan Chase launched an investigation into employees after the bank discovered cases within the bank of customers “misusing the Paycheck Protection Program loans, unemployment benefits and government programmes” and added that “some employees had fallen short too”.