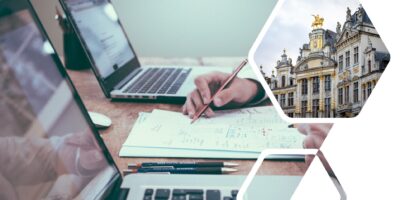 SINGAPORE may adopt a ‘digital dollar’, but only at the wholesale level, according to a senior figure within the country’s financial watchdog.

Monetary Authority of Singapore’s (MAS) chief fintech officer Sopendu Mohanty has said that a government-controlled cryptocurrency in the tiny city-state is currently in an exploration phase, with a view of making crypto an ‘experimental construct.’

Speaking with Cointelegraph, Mohanty said that while a digital dollar – or more officially, a central bank digital currency (CBDC) – is under consideration, it would not be introduced for everyday transactions.

Instead, it would be used to facilitate settlements of securities and settle debts among the country’s many financial institutions, Mohanty advised.

The reason for ‘wholesale-only’ was the view that a digital Singapore dollar was not in high demand amongst the general public making everyday purchases.

Singapore’s developed banking industry, and the ease at which citizens can make quick and cheap transactions means there is not much appetite for a digital dollar at that level, Mohanty claimed.

Although small in geographical terms, Singapore’s large population and reputation as a stable and prosperous economy means it is a heartland of business in east Asia.

Mohanty speculated that its corresponding attractiveness in the crypto world was based on Singapore’s “clear regulatory framework and openness to innovation.”

Developing a digital currency would place the country in the same league as other prominent economies such as China – with an upcoming digital yuan – and the EU – with a likely digital euro.

Chinese authorities recently concluded a digital yuan trial amongst a small sample of ordinary citizens to test its appeal and efficiency.

It ran into similar issues of appetite that MAS now anticipates for Singapore – with many respondents saying they preferred their existing methods of private payments and would need more incentive to switch to the government cryptocurrency.

Nevertheless, the use of a CBDC has been single out as a key step in eroding the influence of criminals on cryptos, particularly in the EU, where lawmakers are pushing for the development of a digital euro to decrease the threat of crypto-related financial crime.

The pursuit of a digital dollar for Singapore comes alongside other measures which have tightened the country’s grip on the crypto world.