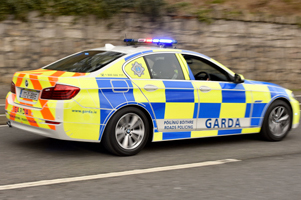 THE UNITED ARAB EMIRATES is to set up special courts to specifically target money launderers, while seven law firms have been fined over €20,000 each for AML failings.

The Ministry of Justice of the UAE announced the new measures Sunday. They advised that the courts would be set up in four different emirates and would focus on money laundering crimes “within the federal judiciary.”

“Each court will have minor, major and appeals circuits for hearing these types of crimes,” said a statement from the ministry. “The resolutions come as part of the Ministry’s approach to supporting specialised judiciary to ensure quality and consistency of legal judgements.”

The announcement comes amid a toughening crackdown on financial crime in one of the Middle East’s most prominent financial centres.

The UAE Ministry of Justice had previously described the tackling of financial crime as “of utmost priority” for the country.

In October, 200 law firms were barred from practicing for at least one month. Each was told that their licence would be reinstated once they had fulfilled the necessary AML obligations as outlined by ministerial resolution.

It is likely that some or all of the seven firms newly fined this week are part of this group of 200.

Most of the suspensions stemmed from due diligence issues. The lack of a compliance officer, refusing to complete government questionnaires and delays with data updates were all cited as reasons for government action.

Issues flagged by FATF included the UAE’s reluctance to accept outside help, the misuse of the term, ‘legal person’, and the fact that there are close to 40 different company registers in a nation of 10 million people, and comparable in size to Austria.

The UAE Central Bank advised in September that it was committed to working alongside the central banks of other nations to combat dirty money.